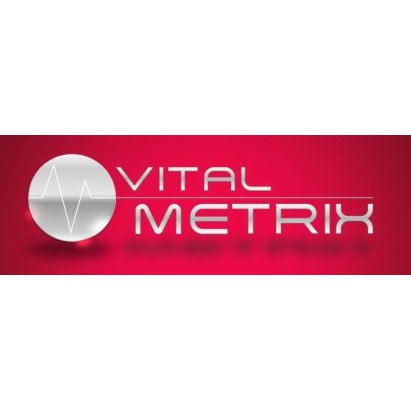 As a man who lives in a constant, yet completely unfounded fear of sudden heart attacks, I am always excited for technology that helps to keep track of cardiac health. I spoke today with Alton Reich from Vital Metrix. Vital Metrix won the “Best Biometric Sensor Solution” award from MedTech Breakthrough in 2019, and has participated in several accelerator and incubator programs. Here, they discuss a past of technical engineering work, a present of adjusting to the medical field, and a future of assisting heart failure patients in closer monitoring of their disease.

How would you describe Vital Metrix in your own words?

Vital Metrix improves a doctor’s ability to provide care for patients with heart failure by moving in a direction more towards management of a chronic disease, instead of punctuated events. Think of people with diabetes being able to read their blood sugar using glucose meters, thereby having an active hand in their own monitoring. One of the challenges for heart failure is the only way to measure blood flow through the heart requires sophisticated equipment and expertise. In the near future, we can work with hospitals, clinics and physicians to increase the ease of monitoring cardiac output, and our long-term goal is to actually move the monitoring in-home.

The algorithm is defined by metrics that already exist. You’re just applying it in a new way, correct?

The data is meant to be used by the physician. In addition to the normal readings of heart rate and blood pressure, we want to instill the additional readout of cardiac output to the standard vital sign measurements.  We are measuring the volume of the blood flowing through a patient’s fingertip using an off the shelf pulse oximeter.  This measurement is indicative of the pumping action of the heart. We realized that there is a relationship between the pumping power of the heart and the volume in the outer regions of the capillary system, which we use in our patented algorithm.

Did you have a lot of algorithmic knowledge prior to this company?

I worked tangentially with algorithm people, but it was not my focus. I think of myself as a ‘system’ guy. You can think of the cardiovascular system as a pretty complicated piping network. They branch and get smaller, then come back together again and get larger, but ultimately, it’s a plumbing network. This is the conceptual model that we work with, and what enables us to have readouts at the fingertip that give information from the heart.

How did Vital Metrix come to fruition?

In the beginning, we developed a technique for indirect measurements for aerospace applications, to be used in wind tunnels. At the same time, my father-in-law was going through some cardiac issues and during one of those casual Friday afternoon conversations between engineers, I basically threw out an ‘I wonder if’. I knew that we had an input of flow and pressure at the heart and wondered if, through using mathematics, we could get a non-invasive measurement of that flow at a different location. We got some very preliminary data and while our model was very simple, it was also very encouraging, which gave us some confidence that we were onto something. We ended up getting a grant for early development and just stayed on it until we got to where we are today.

Do you have prior experience in growing a company, or is this your first foray into being a startup founder?

I was a founder of a company called Streamline Automation in 2002. There were three branches: one involved in robots that built and inspected things, one in basic nuts and bolts engineering, and an R&D branch that was interested in rocket science, run by one of my partners, a PhD rocket scientist, who actually builds rockets in the parking lot. Fortunately, we’ve only blown up one. The work from that third path became the military aerospace branch, which spun off Vital Metrix. In that sense, this is not the first time I’ve run a startup, but I think it’s the first time I’ve done so in the sense of what ‘startup founder’ means in people’s heads.  By surrounding myself with colleagues who are experts in healthcare start-ups, it has increased my confidence in Vital Metrix.

Moving into the body from automation and hardware seems like a distinct crossover. Was it a challenge to move into bodily systems?

With our knowledge of industrial processing systems and my background in power systems, we approached the cardiovascular system as being not very different. It has a pump, it’s a closed loop, it goes from this ‘building’ to that ‘building’, so from a matter of physics, they’re basically the same. Except for the piping being flexible. Then we had to learn the physiology, the responsive effects of the body and how that was involved in our solution.

Getting away for a second here but blowing up rockets sounds like a blast (off, get it?). Are there any other favorite technologies from your time at Streamline Automation?

At Streamline, we were mostly involved in helping find solutions for companies, to help them make improvements in processes. There was one instance when we built a very large screen printer for heavy industrial applications. On one hand, that equipment improved their product quality and was beneficial to the company, but that process was also particularly notorious for injuring operators. We effectively got to eliminate that pain point and improve conditions for those workers. There’s that intersection of doing work and simultaneously benefiting people’s lives that I really enjoy.

Have there been any surprises about the healthcare industry so far?

Oh. Yeahhhhh….. (laughs) The view into the sales cycle has been a little bit of an eye opener, in that some of the sales processes can be lengthy.  The FDA is its own entity and understanding the rules and regulations around that has been a challenge. Learning the vocabulary has also been an undertaking. The way that I describe systems is not the same way that people in the medical field do. I have had to learn how to communicate in a more effective way and learn from industry professionals.

How do you expect the landscape will change as your product enters the market?

One of the biggest challenges now is that in order for an insurance company to justify an expensive monitoring system for heart disease patients, they have to be pretty far along in their disease onset. What we will offer is a much lower cost solution for patient monitoring, and that lower cost can open up better monitoring and tracking of disease progression at an earlier time in the disease. What we hope is that we can slow the progression of the disease through earlier and better management.