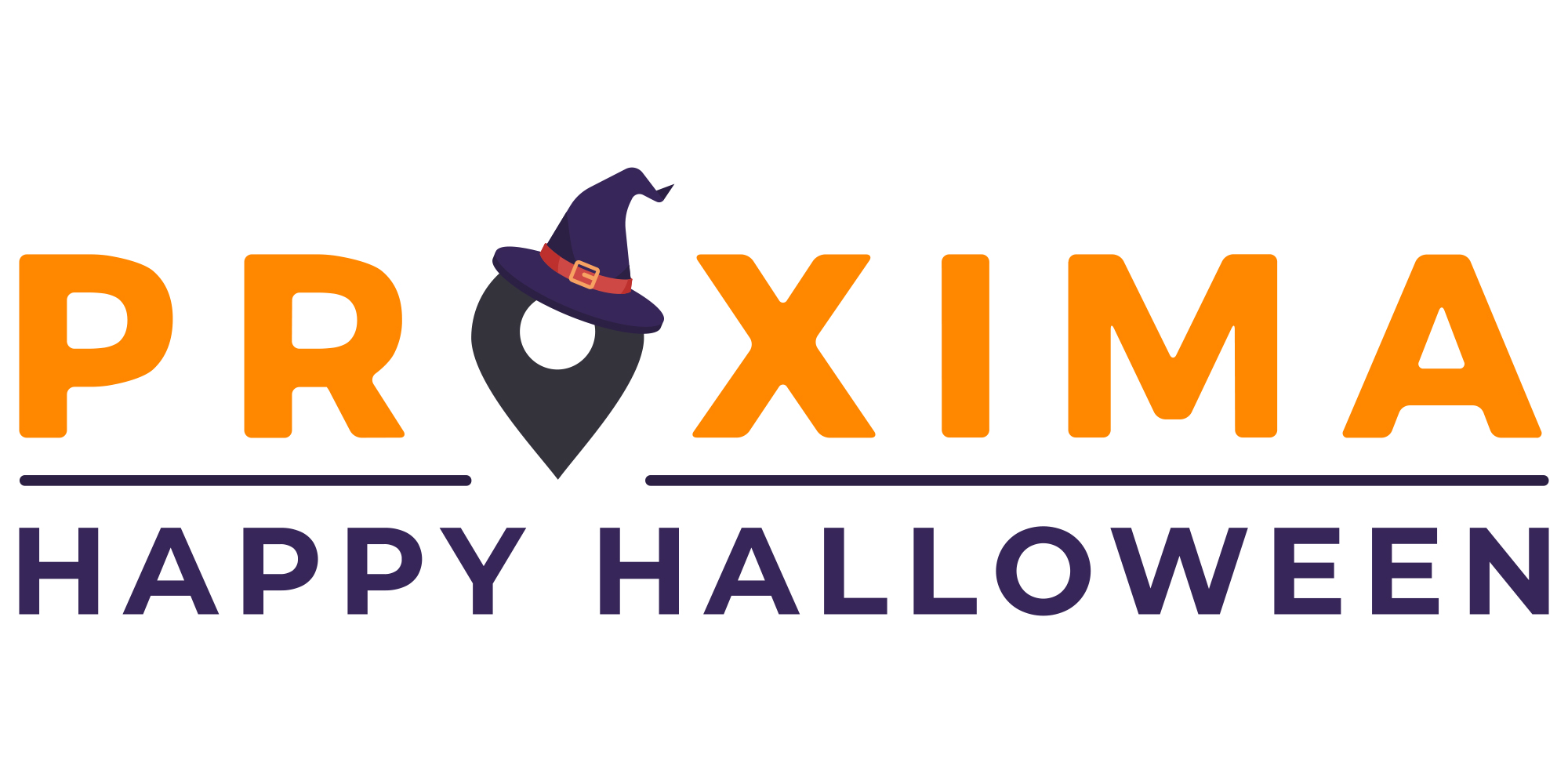 Things have been pretty busy on this front so the newsletter has suffered for a few weeks but we’re trying to get back on track.  It’s quality, not quantity… said no algorithm ever.  But noting life is short we wanted to get back to it.  One day you can be married to the biggest influencer in the world and on the Forbes list only to wake up the next day and find yourself thrown out of a Sketchers trying to get an interview.

Also, most of us around here looove Halloween and felt like we needed to rally because there were a lot of clichés laying around the office ready to be used.

Last time we spoke back in August we confronted the reality of hard times in life science. Still tough times out there and many are calling for gloomier days still with a recession next year but there’s a lot to be thankful for.  Or is that next month when we say that?

Covid numbers are down every day. Breakthrough device designations are set for a record (see below) and there has been some major progress in disease areas like Alzheimers despite some earlier setbacks. Also my Robinhood account was up for the first time in over 10 months (prolly cause I sold most everything the day before - F@*#!!!).

Halloween is the second biggest retail holiday.  You probably knew this. Americans spent more than $10 billion on Halloween last year, setting a record.

But did you know that economists are split on whether that spending is good or bad for the economy? Some argue that Halloween spending diverts resources that would be better spent on more productive economic activity. I feel these types of people also keep their house too cold in the winter and too hot in the summer. They are likely to own a very practical wardrobe and sit at their desk at lunch and eat cold sandwiches they made the night before. Others argue that Halloween spending is inefficient at satisfying consumer wants, thus spurring more spending overall, causing the economy to grow. These are the people I grew up with. The type that won’t blink at dropping $500 at the firework stand on the 4th and then another $250 on the 5th!

All Hallow’s Eve, the final day of the first month of the last quarter, and doesn’t it feel like more tricks than treats? Obviously, the ghoul that COVID-19 has been for three years altered many aspects of life, exacerbating other negative trends, including the struggling economy and the impacts on the HRT, transportation and travel industries.

Unfortunately, health care facilities and providers have too been hit hard by these social and economic factors.

As many hospitals continue to report low operating margins, an alarming effect for the medical industry as well as for patients is the rising number of hospitals either ceasing services completely or reducing them significantly.

According to Becker’s Hospital Review, across the country, 13 hospital closures of services were announced back in February, with another 13 closures announced in late August.

Primary reasons: staffing shortages (mostly nurses) and, interestingly, a decline in birth rates leading to the closures of labor and delivery units.  Americans, like much of the world’s citizens, are having fewer children or delaying having children, a trend that began in 2007 and hit an all-time low rate in 2021.

It is surely too soon to sound alarm bells, as people will continue to make babies.  However, hospitals may have to further rethink and restructure their labor and delivery services. For the majority of the readers of this article, it also means that if you are conducting or planning a clinical trial, you’re probably feeling the effects of this with rising costs and slow enrollment.

Well, friends, while the echoing reports of hospitals undergoing financial struggles sound grim for the medical industry, it is not the grim reaper.  Hard times call for resolve and modification. And, it would be a frightful thing to suggest that COVID has offered any notable positives; yet, its presence has forced us all, from mega-industries to individuals, to transform the ways we achieve results.

Consequent of the pandemic, the entire health care industry “quickly adapted and started embracing new modes of operating, including implementing the latest in healthcare technology.” These changes include telemedicine, electronic keeping of health records, better-tailored pharmaceuticals, convenience for patients and providers, and AI-driven accuracy for diagnostics and services.

Related, as we close out 2022, here at Proxima we are happy to know that experts and analysts for the MedTech industry have confidence in a rebound from COVID’s ravages and the related recent economic downturns. This confidence reflects “a belief that broader healthcare coverage has made their businesseexperts and analysts for the MedTech industrys more resilient than” they previously were.

On a side note, what Twain actually said was “The report of my death was an exaggeration.”

For related information, check out this article:

Speaking of the Not Dead: Don’t Shovel Any Dirt on Us Just Yet

In 1985’s B-movie horror-comedy Reanimator, protagonist Herbert West, a brilliant medical student, thrives on his obsession that the human body is merely a collection of organic parts with the capability of being “restarted,” that is, reanimated or jump-started back to life. A delectable concept for a Halloween-time released movie that would eventually become a cult-classic, its financial life revived by home video.

But these are the imaginings of fiction writers, alluring and scary, but not anything more. Or maybe not.

Medical reality has now taken some short, and tentative, steps toward challenging the notion of the finality of cardiac death, with Yale researchers having had success producing signs of function in the organs of pigs that had been dead for six hours.

Using a system called OrganEx, in August, the scientists circulated a nutrient-rich blood substitute through the pigs one hour after death. Before seven hours had passed, the researchers noted the resumption of circulation and cellular activity. The results paralleled observations by the same researchers in a 2019 study, during which they were able to revive the disembodied brains of pigs.

Of course, the scientists are quick to affirm that no full reanimation had taken place in the pigs, that is to say, no dead pigs walking and thinking again.

Still, the remarkable results of the experiments breathe new life into the possibilities for medical advances regarding human health and quality and longevity of life, while also reinvigorating discussions about what defines final death, both cardiac and neurological.

Beware, though, there is a fake news article that seems real enough, reporting U S funding for researchers attempting to revive dead humans.

This Just In: You Can’t Keep Good Humans Down

While those Yale researchers explore ways to revive life, other scientists endeavor to make advances with what our natural human existence provides us—brains, brains, brains. Researchers for Cortical Labs have proven successful at growing brain cells that can engage with the early computer game Pong.

What they call “the mini-brain” has the ability to "to take in information from an external source, process it and then respond to it in real time."

The researchers grew brain cells from stem cells and ultimately connected them to electrodes to provide stimuli. Then, the brain cells were able to interact with the game with success beyond random reactions and movement. Of course, the cells had no awareness of playing the simple game, which means the cells might find the latest PS5 games a bit challenging.

However, the research could ultimately prove beneficial in the treatment of Alzheimer’s.

Dr. Brett Kagan and his team at Cortical acknowledge that the research is in a nascent stage, but their work provides an opening for more pursuit into the marvels of biological technology.

Hope Is Not a Strategy, Sure, But—

It is a nice mindset to have when moving forward and past obstacles. Hope springs from the potential for improvements and advancements, and it prods successful strategies, including those in the MedTech field. Proof that our industry is busy with these sorts of hope-driven pursuits lies in the numbers. The FDA approved a record high 206 Breakthrough Device designations in 2021. With 129 designations reported for the first 3 quarters of 2022, the total number since the program’s inception has surpassed 700. The agency overhauled the program in 2018, after which the number of designations has grown remarkably.

This suggests, by definition and in accordance with the designation criteria, high-quality activity in the medical industry with creating progressive technological means to counter life-threatening diseases and improve the quality of life for all humans.

The agency also recently proposed expanding the Breakthrough Device program to include devices that “aim to eliminate disparities in health care.” Also under consideration for inclusion in the program are devices to treat rare diseases and non-addictive products for treatment of pain or addiction.

All of this activity certainly supports the notion that part of the human journey is the continued striving for better ways to live.

Friends and colleagues, you certainly don’t need any sermonizing, but we should all remember to play nice, and that arguably our industry more than others requires adherence to ethical standards. Which is why it is a definite no-no to undermine good business and moral practices for self-gain. Back in our June newsletter, we observed several cases of criminal behavior in or related to our industry. Crime pays, I said, until you’re caught.

Such was the case with Xanthe Lam, a principal scientist for Genentech, which was developing drugs for the treatment of cancer. As a thirty year veteran at the biotech, Lam had access to many confidential files, which she ultimately passed on to another biotech, JHL, based in Taiwan.

Genentech claims that with those trade secrets, JHL had an unearned fast-track to develop biosimilars, leading to raking in millions of dollars. Crime pays?

Caught with their hands in the cookie jar, Lam and her husband, Allan Lam, a participant in the scheme, have both been convicted and sentenced to six months in prison. So, crime doesn’t pay, but they certainly will, as each has been fined $10,000, along with the prison sentence.

Thanks to all of you that take five minutes out of your day to read my newsletter.  If you have any comments please let me know. If you like it and feel like someone else should read it please forward it on. I guess that’s the equivalent of asking you to smash that subscribe button? Getting there.

Before I go, I want to congratulate my fellow Proximite, Isabella Schmitt, who is headed to Vegas next week to pick up an international Stevie Business Award for excellence in sales and customer Service to add to her trophy case. The Stevie Awards, if you didn’t know, are part of the American Business Awards and are the world’s top honors for sales.  It’s a big deal and we are most proud!

Catch us at an event!

Here are the events our team will be at in the next couple of weeks! We hope we run into you at one of these events.

Season 2 of Inventing Tomorrow Podcast is all about money for growing companies!