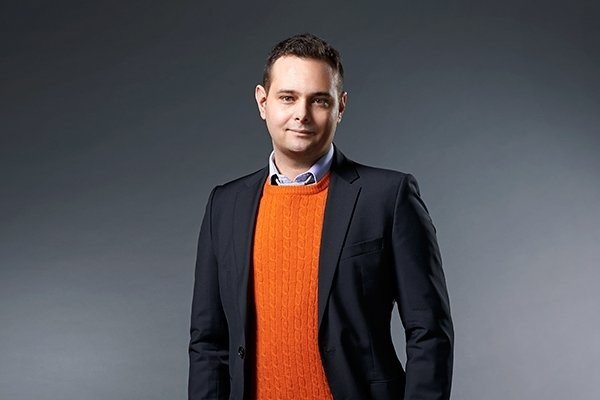 As I wake up at 7am Friday morning to chat with John Zellmer, he sits down at 3pm that same Friday after what had already been a long day of dry patent reading. Across more than a handful of time zones, John is calling in from Sweden, where he is in charge of business affairs for Intelligent Implants. Founded by John’s brother Erik Zellmer and neurosurgeon Rory Murphy, Intelligent Implants incorporates wireless electronics into standard orthopedic implants, which they use to control bone growth through stimulation. Here in Houston, Intelligent Implants has been a rising star in the medical device community, winning the Johnson and Johnson CDI Start-Up competition, receiving $250,000 from the TMC Venture Fund, being honored as the Most Promising Life Science Company at the Texas Life Science Forum, and winning third place at the Texas A&M New Ventures Competition. Here, John takes time away from patent diagrams to discuss startup stresses, hunting for investors, and the future of implant tech.

John, you were an MBA working for a large telecom company prior to joining the team. How was the transition from a large corporation to a medical device startup?

“While startups are much more stressful and less safe than a big company, hopefully you’re doing challenging work that makes it worth it. When the work is hard, there are a lot of risks associated with it. There is not a lot of room to fail, because if you fail a few times, you may not be able to continue with the project. You have to be a lot smarter in how you de-risk the project before you make major investments. However, it is also much more rewarding, and more fun when you can make your own future and don’t have to be stuck in a framework.”

As you get closer to commercialization, what keeps you up at night now, and how has that changed from what kept you up in the beginning?

A large part of fundraising in knowing how to market your product face to face. Has that been a challenge for you?

“It was very hard in the beginning, because we really didn’t know how to do it. Fundraising is a skill that has to be developed, but it gets easier when you build more experience.”

How do you even know where to begin? Where to look and who to reach out to?

“I didn’t [laughs]. It’s difficult, and only way to start is to find a team that truly believes in what you’re doing and build from there. It takes much longer than you think, because even if you think you have something really great, other people tend to need more convincing, especially early on. Then you to learn how to present yourself and who to present to. We learned not to go to the major investors right away. Start with your network, working through your friends and your friend’s friends. Use those you’re closer with to fine-tune your presentation, honing in on presenting your vision and data through trial and error.”

Success seems to have so many critical components, both soft skilled and technical. Is it necessary to have it all to succeed?

“No one person will have it all, so you need to have a great team. In the medical device space, you need to have several roles, including a physician who has their specific knowledge and can introduce you to others with differing specialties, you need solid or world-class engineers, and you need someone who can fundraise. I think it’s a good thing to have a diverse team.”

What was the first major milestone that let you know that you were onto something, that you had achieved a success?

“When we started getting large animal data. We saw a very big delta, a very big difference between stimulated vs unstimulated. Here was proof that we could actually induce bone growth using electrical signals. We got the first batch of results, and even though it was very exciting because it was strong data, we felt that we may had been a little bit lucky in our first attempt. Not happy with this, it was decided that we would iterate on the first attempt and learn exactly how to stimulate and optimize the effect”.

So, despite having a solid baseline of data and an acceptable product, you chose to not be satisfied, and you elected to make a better design?

“Yeah, and I think it’s important when working with invasive devices to prioritize safety and make things as efficient as you can. For example, we had to learn what happened when we stimulated too much, as well as too little, so that we could define the optimal stimulation parameters. We ended up with even better outcomes than the first time. I think this is the right way to go about it, because even adding another year to grind it out pays off later on.

Your device touches a little bit on human-machine integration, using devices to engage the human as an organism. Do you have thoughts about the future of this space?

“Bio-electronics are becoming more and more important. There are some other interesting devices, such as those in the neuromodulation side, that are proving to be very efficient in a large range of diseases without a lot of the side effects of molecular therapeutics. In our bodies, electrical signals control a lot, and if we can affect these signals, we can cure many chronic diseases.

Is there anything that you would personally like readers to know about Intelligent Implants?

“I would actually like to lift up my brother, co-founder and CTO Erik Zellmer. He is the brains behind Intelligent Implants, the mad scientist that created the concept, the electrical system, the wireless power transfer, and even a lot of the mechanical design. Without him this project would never have been able to get of the ground.”