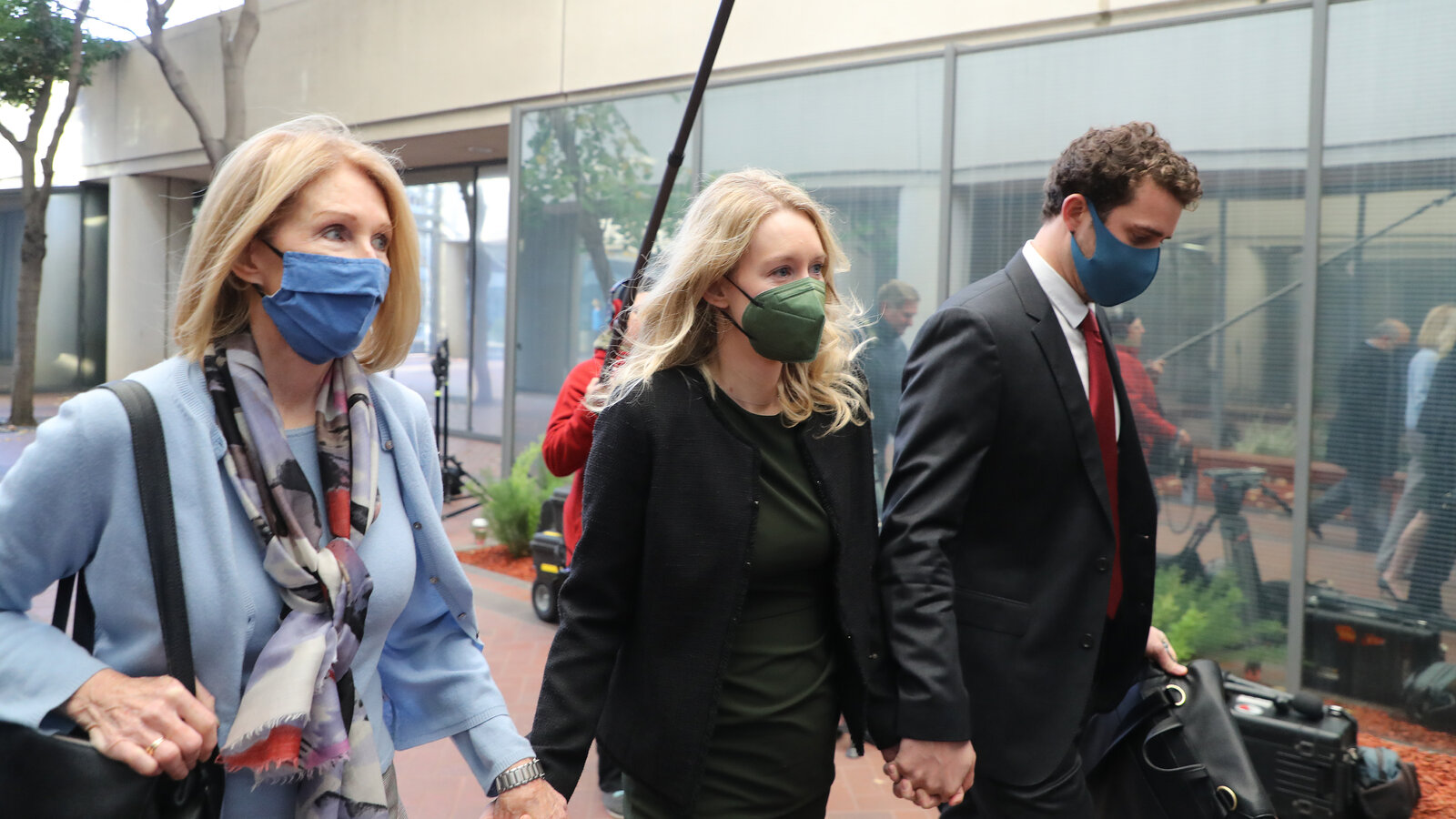 Looking forward to the short week.

I’ve heard from a few of you. Trips to Napa Valley with family, celebrations in your new homes, brand new babies with cute little outfits and hats just waiting to be nuzzled (congratulations Abdul as well as Aunt Isabella).  Separate babies BTW!

Me? Headed home to see my dad in a couple of days. Just him, me and a big plate of homemade spaghetti. Maybe a new tradition.

Week 11 of Theranos trial. The prosecution finally rested after Elizabeth Holmes testified. Despite all the testimony and fraudulent documents entered into the record, the most damning piece of evidence appears to be logos from Pfizer and Schering-Plough cut and pasted into documents insinuating that these major companies had approved of their technology and become “partners”.

NOTE to founders - how many times have you grabbed a logo and slapped it on an investor deck with a company you had one meeting with?!

Look for my upcoming article of Lies Startups Tell in Forbes.

... and since we're media name dropping - congrats to Isabella Schmitt being quoted in WSJ earlier today.

For those of you following the COVID investigation, it appears that patient zero is once again believed to be a vendor at a market in Wuhan and not an accountant several miles away as previously thought. Stay tuned. The debate is about to heat up.

Last Friday the FDA approved boosters for all ages and I’ll be getting mines this week. Noting that only 59% of US has been fully vaccinated I’d encourage you to go get yours too.

Can't make it mandatory to the private sector so says the 5th Circuit in their "lottery" review.

In other COVID facts, vaccines have been given to over a billion humans as well as animals at zoos everywhere, but no vaccine has been developed for domestic dogs and cats. They CAN carry the disease but rarely get sick. It appears to affect cats worse than dogs (sorry to the 35% of Proximites that own cats). So, anyone with vaccine tech looking for a market – you’re welcome.

Will we politicize pet vaccines too?

Harvard & Resilience On the Rise

Manufacturing and technology company National Resilience is partnering up with Harvard University in a $30M 5-year research and development deal.

In the agreement, Resilience will fund faculty research on therapeutic and biomanufacturing technologies created in university labs.

The first focus under the new alliance will be applications in the field of skeletal muscle disorders.

Researchers at Harvard have developed a way to culture millions of “satellite” cells in vitro that behave like skeletal muscle cells and retain their regenerative properties.

“Our mission at Resilience is to make a new generation of complex medicines, such as curative gene therapies, lifesaving vaccines and immune system–boosting cell therapies more accessible to people in need… Current biomanufacturing processes pose significant hurdles to making these medicines quickly, and at scale, which is why we are excited to work with researchers at Harvard to identify and develop the technologies needed to make this future a reality,” said Rahul Singhvi, ScD, Chief Executive Officer of Resilience.

In what has been a long time coming, the FDA released its final rule in establishing requirements for the De Novo application.

The goal of the De Novo pathway is to get safe, innovative medical devices without any predicate to market rather than the conventional PMA route.

The requirements update serves two purposes that aid in streamlining aspects of the De Novo. It ensures that devices are classified correctly for the safety of the public, which cuts down on FDA and industry costs stemming from devices misclassifications and other complications.

The final rule will go into effect in 90 days. A lot of small print and minor clarifications. We’ll cover this in future content.  Not the stuff for a Thanksgiving newsletter!

Mum's the Word between Moderna and Metagenomi

Everyone’s ears perked up a little bit back in August after hearing Moderna’s CEO Stephane Bancel announce that the company would be dipping into the gene-editing world with the revenue generated from the Covid-19 vaccine.

Well, we got a first peek at what that really means.

Although the details surrounding the deal have been hush-hush, we do know that Moderna is teaming up with Bayer-backed, gene-editing company Metagenomi to develop in vivo treatment options for major genetic diseases.

The biotech company is funded by Bayer with an initial $65M round that bumped up to $75M with help from RA Capital.

Finally, for those of you who like rankings, Medical Design & Outsourcing just released their top 100 MedTech companies by revenue.

Not to be outdone Pitchbook ranks the top 50 colleges for founders.

***Congratulations to the Proxima marketing team and Aleberry Creative for bringing home two gold Marcom awards on design for social media and website design. We knew it was the best. Now everyone knows!***

Will see the Houston chapter of Proxima Nation tomorrow for Thanksgiving.  Treebeards is catering.

Hope everyone has some well-deserved downtime later this week. Spend it with family if you can, even if they drive you nuts. Let me know if you binged anything good… food, TV, liquor or otherwise.

P.S.  - RIP David Schubert & Glen de Vries.  Thankful to have known you both.  You will be missed.

Proxima CRO is among the elite for the MarCom 2021 Awards! We have received two Gold Awards and an Honorable Mention by MarCom Awards during the 2021 International Creative Competition for marketing and communications professionals. Learn how our team worked together to create award-worthy content, here.