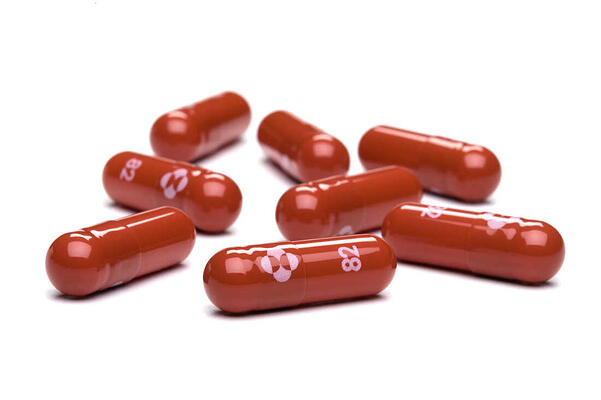 Now that's out of the way we’d like to start out the New Year with a few tips of the caps to some of our friends:

A big congratulations to Saranas for the first uses of their Early Bird Bleed Monitoring device in the Memorial Herman Health system and Touro Infirmary, out of New Orleans. We covered this story back in August. Read more here.

Also want to give a shout out to Perimeter Medical Imaging for their first patient procedures in their pivotal trial. Perimeter is making major improvements in the current standards of care for breast conservation surgery.

Some more good news to start the year— the DOJ is beginning a criminal investigation looking into short selling by hedge fund and research firms— something that’s gotten way out of hand. This has been a personal peeve of mine.

I’m ready for these short sellers, who spend a ton of effort posting false and grossly inflammatory comments on Twitter (in attempt to hit their short positions), to finally go to jail. It’s gotten way out of hand. And I don’t buy the argument that “short-selling” provides a check to the system. Bull! Maybe back in the 20’s. 1620’s.

Elizabeth Holmes was convicted on 4 of 11 criminal-fraud charges— with one count of conspiracy to commit wire fraud and three counts of wire fraud against specific investors.

Interesting as Holmes was found not guilty on 4 charges of "misleading patients," and the jury couldn’t come to a verdict on the other 3. U.S. District Court Judge Edward Davila declared a mistrial on those 3 charges.

Is it all over? Definitely not. Holmes will likely appeal the charges. Just like a said a few months ago in this newsletter— people in Silicon Valley only wear black, never orange. Stay tuned...

Here’s an update on some big deals with some old and new names and faces as we dive into 2022:

Pills Pushing The Pandemic Into The Past?

It’s 2022 and we’re still knee-deep in the Covid-19 pandemic. Over one million cases reported a couple of days ago with multiple states no longer reporting.

With that as a lead in, Pfizer and Merck have both recently received FDA authorization for their new Covid-19 treatment pills.

Pfizer’s paxlovid arrives with a US distribution deal to the total of $5.29B for 10 million courses. Paxlovid is being touted for its efficacy, as it’s shown to decrease hospitalizations and death by 89%.

Molnupiravir only reduces hospitalizations and death by a mere 30% (the previous estimate was at 48%). It's also not advised for pregnant women as it poses harm to the fetus.

Some experts are afraid that Merck's treatment will increase the emergence of “viral mutations”.

Philips received an FDA de novo clearance with breakthrough device designation for their CavaClear device— the first laser-assisted blood vessel filter removal device. This device removes the filters used to strain out blood clots before they reach the heart or lungs.

Inferior vena cava (IVC) filters assist in preventing blood clots in patients with venous thromboembolism. Removing these filters can be difficult as evidenced by the procedure’s high failure rate.

However, creators of the CavaClear hope to combat these shortcomings with their new device. The CavaClear uses ultraviolet laser energy to clear away tissue around the filter, allowing for easy extraction.

The FDA recently approved the prescription eyedrop Vuity, which is the first FDA approved eye drop to treat presbyopia, eliminating the need for reading glasses/bifocals.

The blurred vision stemming from presbyopia affects almost half of Americans 40 and older.

Vuity uses the eye’s ability to reduce the size of the pupil to increase depth of focus. It takes at least 15 minutes to set in and lasts up to six hours.

As if being tied for the most Olympic medals wasn’t enough for the native Houstonian— Simone Biles is working on her newest venture as Cerebral’s Chief Impact Officer. Cerebral is a mental health company that offers counseling, therapy, and medication delivery for conditions such as depression and anxiety.

In the brief time Biles has been with Cerebral in her new position and as the face of the brand, Biles and Cerebral have raised $300M in venture capital with a valuation of $4.8B.

Biles made headlines during the Tokyo Summer Olympics when she withdrew after completing only one event to focus on her mental health. She has used her platform to bring awareness to mental health, and she will now use her new position to assist in providing the masses with mental health services and to remove the stigma around advocating for one's mental health.

“Mental health is just as important as physical health, but for far too long the stigma of mental health has prevented too many people from seeking help… I have my own challenges with mental health, and therapy has been very empowering for me as I try to be the best person that I can be. I believe everyone should have access to mental health resources and Cerebral gives me the ability to personalize my mental health care experience,” Biles stated.

Hope your pipelines are flush and the dealflow is bigger than ever!

P.S. I confirmed that “very truly yours” is not a microaggression. Glad not to lose my opener and closer in a single go.

P.S.S. If you like what you read here forward it to a colleague.

Have you heard about the FDA's transition plan for medical devices given EUA's during the Covid-19 pandemic?