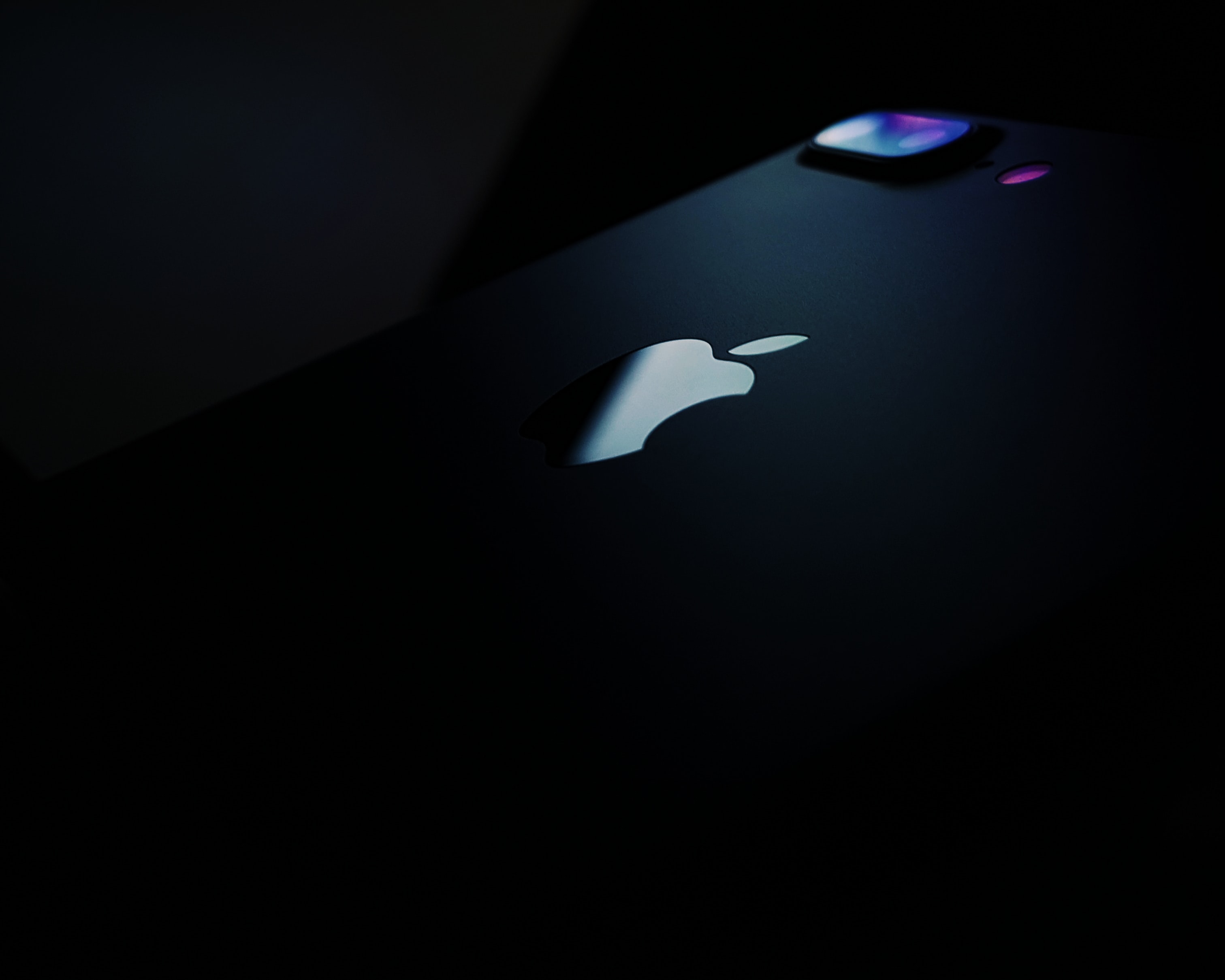 Hope you had a good weekend. I took my daughter to college and moved her into her dorm, so it was a mixed one for me.

Last newsletter, we gave a shoutout to our neighbors Tvardi Therapeutics for their $78M raise. Now this week, just three doors down, Saranas Inc. just announced their $12.8 big Series B. Congrats guys! Read more about the exciting news below.

But now about us, we just launched our new campaign, and we’re getting ready to save the world. We’re teaming up with innovative minds to come up with the latest and greatest in the patient care arena. Check it out. We’d love to hear your thoughts. Just reply back to me. All comments most welcome :-)

Meanwhile, here’s the latest in MedTech and biotech that caught my attention.

An Apple iPhone A Day…

A recent announcement from Apple sheds light on new features intended to keep doctors and medical professionals up to date on patients’ health via the Apple iPhone and Apple Watch.

The update will streamline communication between patient and doctor by integrating patient-generated data into an electronic medical record—providing doctors easy access without having to spend time digging through records or databases. Tracked data relayed to medical professionals can include heart rate, sleep hours, exercise minutes, steps, falls, and menstrual cycle history.

“This past year has emphasized the importance of health, and we’re enabling our users to take a more active role in their well-being. We’ve added powerful features that give users the most comprehensive set of insights to better understand their health trends over time. Many people around the world are caring for someone, and we want to provide a secure and private way for users to have a trusted partner on their health journey. We’re excited to bring these innovative tools directly into users’ hands,” said Jeff Williams, Apple’s chief operating officer.

However, some skeptics are hesitant to praise Apple, especially since Apple will not provide a complete list of the data patients can share with medical professionals. In the time of personal data and privacy, questions remain on who will have access to the data, how it will be used, and whether it will lead to increased wellness in individuals. Another reason for skepticism is the fact that there hasn’t been much data to highlight health benefits from this type of monitoring.

Apple’s vision for the future of data and healthcare is ambitious, as Apple’s CEO Tim Cook said that health will be Apple’s greatest contribution to mankind.

Would you share real time health data with your doctor? Apple is really taking the old adage to the next level.

Abbott is stuck with a $160 million bill to settle allegations of violations of the False Claims Act, committed by Arriva, a company previously owned by Alere.

Initially hesitant to merge because of a DOJ investigation into Alere, as well as delayed filing of financial statements, Abbott eventually merged with Alere to the tune of $5.3 billion in October 2017—and they’ve been paying the price for mistakes made by Alere and Arriva ever since.

Allegations claim that Arriva and Alere made or caused false claims to Medicare, in the form of kickbacks, since payments were made to Medicare beneficiaries, patients ineligible to receive meters, or deceased patients.

The United States alleges that from April 2010 until the end of 2016, Arriva, with Alere’s approval, paid kickbacks to Medicare beneficiaries by providing “free” or “no cost” glucometers either by waiving or not collecting copayments for meters and diabetic testing supplies.

Might need to barricade the door to keep anymore skeletons from crawling out of the closets of Arriva and Alere.

A Touch of Metal

Researchers at Florida Atlantic University’s College of Engineering and Computer Science created liquid metal tactile sensors that resemble human touch and improve with usage over time—adjusting to the user. Not only do these adaptive sensors utilize breakthrough technology, but they also help address the shortcomings of conventional prosthetics. Prosthetics currently available lack the sensation of touch, which is a problem since users don’t know if they have dropped or crushed an object.

“Current prosthetic sensors are hindered by their physical size and shape… the bulk of sensors of this nature are typically rigid and non-compliant, which makes it difficult to interact with other people—shaking hands and holding children…the sensors are not conducive to human interaction, ”says Erik Engeberg, PhD, associate professor in the ocean and mechanical engineering department and member of FAU’s Stiles-Nicholson Brain Institute, Institute for Sensing and Embedded Network Systems Engineering and Center for Complex Systems and Brain Sciences.

In reference to how FAU’s innovation differs,

“Machine learning algorithms enable the prosthetic to distinguish between different kinds of textures. Not just pressure, but the textures of corduroy versus suede, human skin versus fur of a pet,” says Engeberg.

The touch…the feel…of anything! It’s all possible thanks to this amazing breakthrough.

3 Cheers for the Home Team!

Saranas Inc. secured a $12.8 Series B. Congrats to our Houston neighbors!

Saranas released the Early Bird Bleed Monitoring System back in 2019. It’s the first and only device for the monitoring and early detection of endovascular bleed complications through a novel application of bioimpedance sensors. This one-of-a-kind innovation is especially important since one in five patients experience a bleeding complication during endovascular procedures like transcatheter aortic valve replacement, endovascular aneurysm repair, and percutaneous hemodynamic support.

"We are pleased to announce this round of funding led by Baird Capital. It underscores the importance of real-time monitoring of bleeding complications and our opportunity to accelerate the commercialization of Early Bird. We look forward to expanding our clinical evidence through prospective clinical trials and launching next generation products, including Bird on a Wire, to address a much broader range of endovascular procedures," says Saranas President and CEO James Reinstein.

Congrats to James Reinstein, Zaffer Sayed, and the spectacular team at Saranas! We’re always rooting for the home team!

Pfizer and AstraZenica won a battle against the war on disinformation after a U.K. marketing agency was banned for spreading false information about Pfizer, AstraZenica, and the Covid-19 vaccine on Facebook and Instagram.

Though headquartered in the U.K., marketing agency Fazze conducts operations from Russia, and most of its intended audiences are located in India, Latin America, and to a lesser extent, the United States.

Some of the disinformation included memes about the AstraZeneca vaccine turning people into monkeys, along with bogus charts with increased casualty rates resulting from the Pfizer vaccine.

Facebook banned Fazze for violation of the following rule: “coordinated inauthentic behavior on behalf of a foreign entity” and dubbed the agency a “disinformation laundromat”.

Disinformation on Facebook is a serious problem. Glad to see some steps in the right direction. Hopefully this ban will prevent any others from monkeying around.

Learn the top 3 ways medical devices manufacturers should be conscious of here.

FDA Seeks Patient Insight: Call for Applications for the PEC

The Patient Engagement Collaborative (PEC) has called for applications for its next cohort of patients, caregivers, and representatives of patient groups to share their personal experiences with the FDA that will help inform medical product regulation.

In this post, Janet Woodcock announces creation of the Resilient Supply Chain and Shortages Prevention Program (RSCSPP) within the CDRH with $21.6 million in funding from the FY 2022 budget.