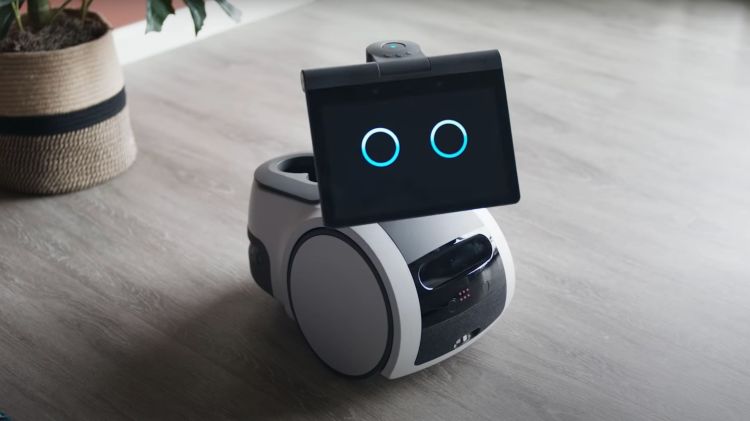 Hope you had a great weekend, especially for those of you with an extra day off for Columbus Day or Indigenous People’s Day—whichever you prefer.

I never understood the Columbus holiday. Seems like we got it wrong on so many levels, including the fact that he never discovered America in 1492 after sailing the “ocean blue.” More so though, it’s just one of those of things you never really question or wonder what the reasoning was.

Either way, I think Indigenous People’s Day needs a little marketing help. It doesn’t exactly roll off the tongue. It’s hard to get the Niña, the Pinta, and the Santa Maria out of your head.

An interesting article on Series A trends caught my eye recently.

Over the last ten years, the funding amount of a Series A has tripled from $6-7M to $18-20M. So $10M Series A’s are now more thought of as cute, little seed rounds. So this article specifically applies to a limited number of health tech startups— those lucky enough to catch the twinkle of Sequoia or Andreesen’s eye.

However, the trend remains. The amount of Seeds and Series A’s are increasing dramatically.

A New CGM Has Entered the Chat

Last newsletter we shared with you the Know Labs Inc. glucose monitor that uses radio signals to measure glucose readings—along with some other companies looking to break into the field.

In this week’s episode of who will find the Holy Grail of MedTech— the noninvasive glucose monitor—GraphWear scores $20.5 million in Series B for their wearable glucose monitor.

With the option to wear with a band or attach to your torso, GraphWear’s glucose monitor utilizes nanotechnology to measure molecules like glucose on the top of the skin while sending real time alerts to your phone via Bluetooth.

“The graphene has an electric field that drags the molecules up… You’re talking about about 200 molecules. It then ‘tastes’ it, converts it to an electrical signal, and then transports via Bluetooth to your phone that can chart and display glucose values continuously,” Rajatesh Gudibande, cofounder and president explained to TechCrunch.

While aiming for a 510(k) clearance to get this device to the masses, there is also a hope that this device could eventually be used to measure and analyze other molecules other than glucose.

Rolling into the Amazon ecosystem, the latest tech innovation comes in the form of a robotic pet dubbed Astro. With the ability to patrol your home, detect unrecognized people and sounds, deliver calls, messages, and alerts, Astro is a home monitoring robot that works in conjunction with Amazon’s Alexa.

Before you X out this email and fire up your Amazon app or bookmark, just keep in mind that Astro is by invitation only at the moment.

Why do we care?

Well, some add-on options for Astro include a Ziploc container, the OMRON blood pressure monitor, which is a standalone device in which readings can be displayed on Astro, and of course the Furbo Dog Camera, which gives treats to your non-robotic pets in the home.

Astro offers home monitoring with an extra set of paws eyes keeping tabs on everything at home. Not just at your home either, hinting at an “Alexa Together” Subscription, which will come later this year, Amazon is looking to offer monitoring of elderly loved ones with this service. Alexa Together will provide alerts, hands-free access to emergency services and fall detection among other features.

Just in time for Halloween. By the way, did anyone ever see Halloween III?

510(k) Is Going Electronic With eStar

In hopes of streamlining the submission process, the FDA just released a draft guidance to aid sponsors in using an electronic template for submitting the premarket notification 510(k).

The eSTAR template will also be accepted for applications to Center for Devices and Radiological Health (CDRH) and the Center for Biologics Evaluation and Research (CBER).

The FDA will specify a date for when they will require 510(k) electronic submissions some time in September of 2022.

The Advanced Medical Technology Association (AdvaMed) advised FDA to allow 18 months as a transitional period time, to allow the industry to adjust to this great change in submission practice.

Exo Therapeutics reels in a $78 million Series B

The typical approach to drugging is to get a small molecule to bind to a receptor to get it to do something or to make it stop doing something, but that’s not always possible. Some drugs target enzyme active sites. About 700 drugs are targeted at stabbing a small molecule into the active site.

However, it’s believed that about 10,000 enzymes are active in human disease. With that in mind, David Liu’s lab at MIT started thinking about targeting molecules for other sites, such as the docking site where the enzyme grabs the protein and gets ready to present it to the active site.

Exo has drug candidates that take this enzyme modulating approach to address cancer and inflammation and it has raised $78 million to support them as they advance toward clinical trials.

Keep an eye on all the CEOs that recently joined CRISPR or RNA companies over the past few years. They may be jumping ship soon!

If you had your comeuppance in a lab like your's truly, you're likely familiar with HeLa cells.

I recall the boxes upon boxes of frozen, transfected HeLa cells used by a neighboring lab that always monopolized the -80 freezer.

Never gave it a second thought about where the name came from. (Ironically, I was well-versed with the story of CHO cells.)

The story of Henrietta Lacks is well known today as a tale of disregard and disrespect. Long story short: Scientists at John Hopkins biopsied Henrietta Lacks without her consent. These cells were then shared, utilized, immortalized and ultimately commercialized in order to test the effects of toxins, drugs, hormones, etc.

It’s one of the most useful and well characterized cell lines in the world that have led to numerous discoveries across medicine.

Despite the bold use of her initials, the family wasn’t made aware of the biopsy and the sharing of the family’s private medical data until l975, and they weren’t given any control over the cell’s usage until 2013. Up to this point, the family has not received any compensation for the use of Lacks’ genetic material or the sharing of private genetic information.

Today, the story is better known largely from Oprah Winfrey producing and starring in the movie known by her name. A few days ago (almost fifty years in the making), Lacks’ estate, overseen by her grandson Ron Lacks, filed a lawsuit against Thermo Fisher Scientific, claiming that the MedTech company has been reproducing and selling Lacks’ HeLa cells without family consent.

Nowadays, this activity is clearly illegal and is prevented by federal and local laws by requiring informed consent.

But how many of you have gone to the doctor or hospital and just signed your name to the informed consent form just to speed up the administrative process? I know I never even think about it while at the doctor's.

Although I have not been in a clinical trial as a patient, I’m not sure I would give it additional scrutiny. Noting the imbalance of power and the timing of the situation. In fact today, in the era of lengthy Terms of Service, we probably pay less attention to it than ever.

Maybe we should pay attention to this court case?

Speaking of court cases, we are in Week 5 of the Elizabeth Holmes Theranos case.🎭🍿

Have a good week.

The FDA released new guidance on the process for the submission and review of a De Novo classification request.

De Novo provides a pathway to class I or class II classification for medical devices under specific requirements.